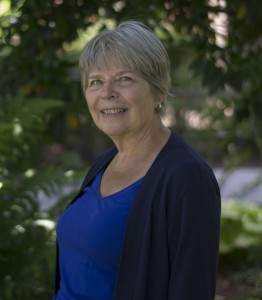 Ashland, OR
playing with NSS since 2004

What made you want to be a musician?

I took private piano lessons from second grade through eighth grade, like a lot of middle class kids in the Chicago suburbs where I grew up. Our school district set up an evening where fourth graders and their parents could try out all the instruments which were offered for rent by the local music store, and a teacher gave a pitch about the free group lessons and orchestras and bands (beginning, intermediate and advanced) the district offered. My dad wanted me to “play the licorice stick like Benny Goodman” so of course I chose violin. (It was prettier, and so was its case.) I liked playing music with other people rather than only playing alone.

Classical. I did listen to some “rock ‘n’ roll” and folk music in the 50s and 60s, but was so clueless about anything after the early Beatles that when I was about 35 and a guitar player asked if I knew about David Bowie, I asked if he had anything to do with the Bowie knife. (During that period I did go to concerts of David Bowie, Prince, and Roxy Music – so cut me some slack!) I’m still pretty out of it as far as pop music of any era. However, I led the gamelan ensemble (Indonesian chimes, drums, gongs) at the university here for many years, so I’m not “strictly classical.” I actually don’t listen to recordings of any kind of music unless there is an orchestral piece I need to learn. I prefer to play rather than listen.

What do you enjoy doing when you're not rehearsing or performing?

I’m a piano technician so I tune and fix pianos and although it’s my “work,” I do enjoy it. I like to sit on the deck and read. I take some OLLI classes and I like the game Eleusis. Listen to public radio. After having a pretty hectic life for many decades, I actually enjoy just being alone!

What's it like to perform onstage with an orchestra?

It’s energizing and exciting! The stage floor is sometimes vibrating under my feet and the sound waves are all around me. I like being part of something that can only be achieved by a lot of people focused on their part in a common goal. One person alone cannot play orchestral music! I am very fortunate that I got enough training to be able to do this, and that the great North State Symphony is here for me to play in.

“Become comfortable with ‘not knowing.’” (Moshe Feldenkrais quote, and maybe the Buddha, too!) Although I adopted this statement as a “guide for living life” a few decades ago, according to what I’m learning in my recent viola lessons it turns out to be true regarding playing an instrument, too. Everything is “a little experiment.”