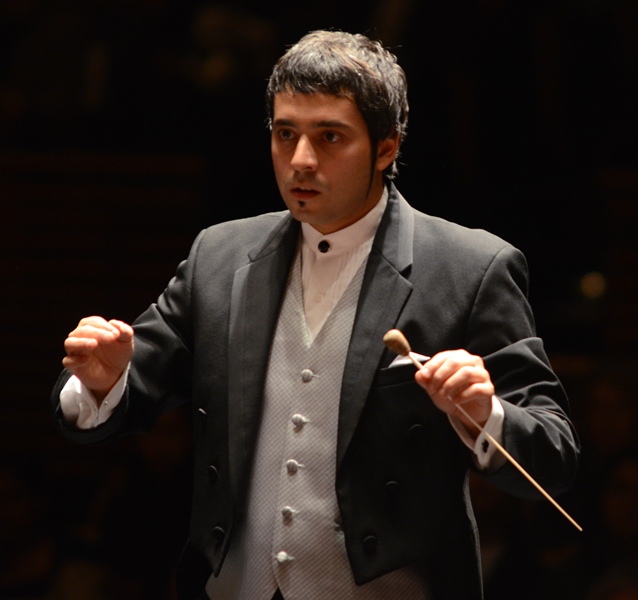 Christian Baldini is a dynamic artist with a pure and warm sense of musicality and a “keen ear for detail” (The Scotsman, Edinburgh). He has conducted several international orchestras including the Munich Radio Orchestra, Scottish Chamber Orchestra, Buenos Aires Philharmonic, BBC Symphony Orchestra, National Symphony Orchestra (of Argentina & the US), Orquestra Sinfonica do Porto (National Symphony of Portugal), San Francisco Contemporary Music Players, and opera for the Aldeburgh Festival (United Kingdom) and the Teatro Colón (Buenos Aires).

A CD recording (Mozart Arias and Overtures) conducting the Scottish Chamber Orchestra will be released in 2014 on Linn Records. Equally at home in the core symphonic and operatic repertoire as in the most imaginative and daring corners of contemporary music, he has  presented world premières of over 70 works. After conducting the Sao Paulo Symphony Orchestra (OSESP, Brazil), critic Arthur Nestrovski from the Folha de Sao Paulo praised this “charismatic young conductor” who “conducted by heart Brahms’s First Symphony, lavishing his musicality and leaving sighs all over the hall and the rows of the orchestra....”

Baldini has been a featured composer at the Acanthes Festival in France and the Ginastera Festival in London. His compositions have been performed by orchestras and ensembles including the Orchestre National de Lorraine (France), Southbank Sinfonia (London), Munich Radio Orchestra (Germany), New York New Music Ensemble, Memphis Symphony Orchestra, Daegu Chamber Orchestra (South Korea), Chronophonie Ensemble (Freiburg) and the Ensemble Modern (Frankfurt). His music appears on CD on the Pretal Label, and has been broadcast on the Southwest German, Austrian and Bayern Radios, as well as on the National Classical Music Radio of Argentina. He has also conducted and recorded contemporary Italian music for the RAI Trade and Tactus labels. His compositions are published by Babel Scores in Paris.