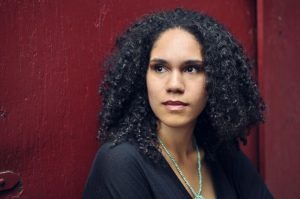 The magnificent melodic elegance of Mozart is on display when NSS Principal Flute Tim Koop and Principal Harp Candace LiVolsi Valentine share an age-old dialogue that suggests a conversation between a father and a daughter in the Concerto for Flute and Harp.  The program is centered around the “Titan” Symphony of Gustav Mahler.  Despite the reduction of forces, this version of this outstanding symphony will not fail to stir the soul and leave you with a determined sense that anguish and loneliness can be banished and the human spirit will triumph.  The program begins with Jessie Montgomery’s Banner, a work commissioned in 2014 to celebrate the 200th anniversary of the Star Spangled Banner.

The Chico concert has been generously sponsored by The Whittley Foundation - thank you! 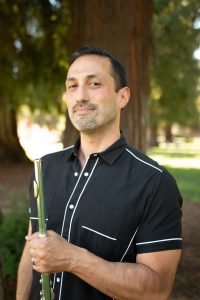 Mr. Koop was formerly principal flutist of the Palo Alto Chamber Orchestra of Palo Alto and has also performed with groups such as the Folsom Lake Symphony, Symphony Napa Valley, Symphony Orchestra of Northern California, Opera Modesto, Palo Alto Philharmonic, Solano Symphony, and the Veridian Symphony. In addition to playing in orchestral settings, Tim also loves Opera and Ballet. He has played in numerous shows including The Nutcracker, Sleeping Beauty, Rigoletto, and Carmen, to name a few. A native of Chico, California, Mr. Koop studied with Isabelle Chapuis-Starr of Opera San Jose and Cathy Payne of the San Francisco Symphony while pursuing his music degree at San Jose State University.  He continued his studies at Indiana University, studying with Kate Lukas, and additionally received coaching from the Cleveland Orchestra flute section while obtaining his master’s degree. Mr. Koop has played in master classes taught by Isabelle Chapuis-Starr, Tom Robertello, Robert Stallman, and Tadeo Coelho. Tim currently resides in Sacramento with his partner Chance and three pets, Leo, Jack, and Hank. 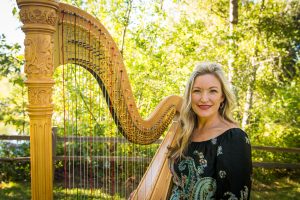 She was commissioned to arrange, compose, and record music for a 911 documentary that is now at the Smithsonian in Washington, D.C. and for the Sundial Bridge dedication in Redding, California.  She has performed with various symphonies, as well as opera, musical theatre and choral groups throughout Northern and Southern California, the San Francisco Bay area and toured England, Scotland, and Wales. One of the most extreme places she has  performed was Burning Man in 2019 with Art Haus. They produced a full ballet and orchestra performance of Stravinsky’s “Firebird” and a chamber performance of Ravel’s Introduction and Allegro.

She received her Bachelors in Music from the University of Redlands, studying harp with Marjorie Call and Dominique Piana. In addition, she is grateful for further studies with Master teachers Susan MacDonald, Anne Adams, Mary Kay Waddington, Delaine Fedson Leonard, and Julie Smith Phillips.  Candace is a registered Suzuki Harp teacher and teaches both in her private studio and virtually to students throughout the United States and Canada.  Currently residing in San Diego, she enjoys being close to her family, dancing Argentine Tango and struggling to learn how to surf.

Banner was written by contemporary American composer, Jessie Montgomery in 2014 as a tribute to the 200th anniversary of “The Star Spangled Banner.” Her mix of musical and historical sources from anthems and patriotic songs creates a unique multi-cultural national hymn acknowledging in her words “the contradictions and milestones that allow us to celebrate and maintain the tradition of our ideals.” Montgomery explains that “The Star Spangled Banner” is an ideal vehicle to explore such contradictions, representing liberty and solidarity for some of us, and the realities of injustice and oppression for others. Banner is similar to her earlier composition, Anthem (2009), that was composed as a tribute to Barack Obama. In that piece, “The Star Spangled Banner” and “Lift Every Voice and Sing” by James Weldon Johnson were juxtaposed.  In Banner she expands the number of cultural references in the mix to create complex emotive contradictions. The orchestration includes a “solo” string quartet that functions as a single voice among the two flutes (+piccolo), oboe, clarinet, bassoon, horn, trumpet, timpani, percussion, and strings. The structure is “loosely based on the traditional marching band form, where there are several strains or contrasting sections, preceded by an introduction.” Listen for the references to other anthems, folk songs, and popular idioms that produce the unique layered textures of the finale fanfare.

The Concerto for Flute, Harp, and Orchestra in C was composed by Wolfgang Amadeus Mozart in 1778.  He only composed two double concertos (a concerto featuring two soloists rather than one), and this was the only piece that Mozart composed for the harp. Flute nor harp were among his favorite instruments, but ironically, this concerto is among the most popular in the genre. By the time he wrote this composition, his career as a prodigy had subsided and after years of touring he became a court musician, offering music lessons to high-ranking families and enjoying life as a local hero and source of great civic pride. In 1777, he ventured on a job-hunting trip to Germany and Paris with his mother; sadly, she died in 1778, leaving young Mozart alone. He soon travelled to Germany where he tried to make ends meet as a freelancer, and had found a girlfriend who had his attention. The Concerto tonight was from this context. A French diplomat, Adrien-Louis de Bonnières, duc de Guînes, commissioned the Concerto for himself and his daughter to play together. The duke was a flutist, and his daughter a harpist. Mozart gave the girl composition lessons as well, but the story did not end well when the duke failed to compensate Mozart, offering him only a nominal gift instead. Shortly afterward, he was ordered home by his benefactor, Leopold. The full concerto contains three movements in the form of a Sinfonia Concertante - Allegro, Andantino and Rondo Allegro. The form was popular in Paris at the time, it has elements of both a concerto and a symphony that features the soloists playing with and within the orchestra.   The score calls for flute, 2 oboes, 2 horns, harp, and strings.

Symphony No. 1 in D major by Gustav Mahler was written for a massive orchestra with four of every woodwind (including doubles), 15 brass, 4 timpani, percussion, harp, and strings. His unique instrumentation and powerful sound make his symphonies what they are, but what if large-scale works could be distilled in such a way as to preserve their essential elements? Arnold Schönberg was an enthusiast of this ideal, and founded a “Society for Private Musical Performances” in 1918 that staged chamber-sized performances in private settings. Over time, the orchestration for these events evolved for flute, clarinet, sometimes oboe, harmonium, piano, string quartet and double bass. Klaus Simon followed this tradition in his 2007 arrangement that we hear today, arranging for flute (+piccolo), oboe, 2 clarinets (+Eb, + bass), bassoon, 2 horns, trumpet, percussion, harmonium (or accordion), piano, string quartet and double bass. The harmonium and piano were not part of Mahler’s original orchestration but they supplement harmony and pitch range. Simon preserved both the intimacy of the original work and its range of orchestral colors. The percussion section was untouched, but woodwinds and brass were significantly reduced.

Symphony No. 1 was composed over a 15-year span between 1884 and 1899, and with such a lengthy gestation many ideas and influences crept into the symphony from his rich experiences as composer and conductor. For example, themes from his Songs of a Wayfarer appear in the First Symphony’s opening and third movements. Nature imagery and descriptions of the grotesque and macabre certainly find a place here too. The revisions over time are too numerous to describe, but after cutting an entire movement and constant re-orchestrations we are left with a four-movement Symphony form with a sonata-allegro, a lively dance movement, a funeral procession, and a finale whose sun washes away the storm. The premiere (nearly) in its present form was directed by the composer in Berlin in 1896.

Mahler said that the first movement of the symphony represents “Nature’s awakening from its long winter sleep.” This eerie sound is punctuated by distant fanfares, and a relaxed melody from the horn. The primary theme comes from Mahler’s earlier setting of a rustic song entitled “I Crossed the Meadow at Morn.” That melody and the other themes coalesce in a high-spirited ending. The second movement Scherzo is essentially a minuet and trio. Mahler’s title for it was “Under Full Sail.” The delicate Trio is enticing. The inspiration for the third movement “funeral-march” was a drawing by Moritz von Schwind titled “How the Animals Bury the Hunter” that depicts the animals of the forest carrying a dead hunter in a pageant of fake sorrow. Listen for the tune of “Frère Jacques” in a minor key interrupted at times by a playful band tune. Times have changed in these hundred years hence, but many listeners back in the day found this to be vulgar. Mahler called the Finale a “despairing cry of a heart wounded to its depths,” pulling the listener from gloom into exhilaration. He likened the opening to a “bolt of lightning that rips from a black cloud.”  We even hear a literal quote from Handel’s Messiah: “And He shall reign for ever and ever.” By the end, great blasts from the brass usher us into Paradise.