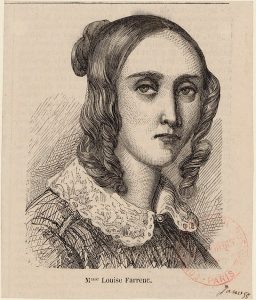 Concluding our season crescendo is Beethoven’s monumental Ninth Symphony, a work showcasing the power, heroism, humanity, and revolutionary spirit of his groundbreaking and visionary voice.  In addition to our four phenomenal soloists, we will have more than 100 voices from the combined choruses of Shasta College and Simpson University.  The performance begins with the dramatic and fiery Overture No. 2 by Louise Farrenc and also features a world premiere by the winner of the North State Symphony Composition Competition. 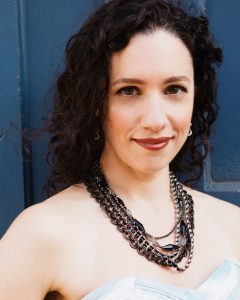 Called “extravagantly charismatic” by the San Francisco Chronicle and praised by San Francisco Classical Voice for her “vivid and technically assured” singing, soprano Tonia D’Amelio has sung with opera companies, orchestras, chamber ensembles, and vocal consorts across the U.S. and abroad.

Other favorite opera and concert credits include The Queen of the Night (Die Zauberflöte), Musetta (La bohème), Donna Elvira (Don Giovanni), Elisetta (Il matrimonio segreto), and soprano solos in Mozart’s Mass in C minor, Mendelssohn’s Lobgesang, and Orff’s Carmina Burana. As a passionate advocate for sacred music in sacred spaces, Tonia has been a soloist for liturgical performances of Monteverdi’s Vespers of 1610, Mozart’s Requiem, and J.S. Bach’s St. John Passion, and has participated as a guest artist at the William Byrd Festival in Portland, Oregon, and at the Edington Festival of Music within the Liturgy in Wiltshire, U.K. 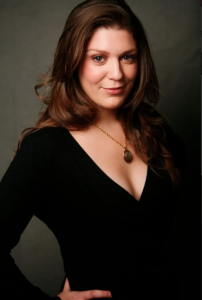 A favorite of San Francisco Bay Area audiences, Molly’s 2016-17 season includes performances as Lady Angela in Patience with Lamplighters Music Theatre, Angelina in Cinderella with San Francisco Opera Guild Outreach, performances for West Edge Opera’s new works series, Snapshot, and as Clizia in West Edge Opera’s production of The Chastity Tree by Vicente Martín y Soler. She also returns to Society Cabaret in San Francisco’s Union Square after the success of her one woman show, Mischief! which debuted there the previous year.

In the 2015-16 season, Molly made her role debut as Beggar Woman in Sweeney Todd with Townsend Opera and Fresno Grand Opera after her introduction to the company as a soloist in Opera Remix: Music and Verse. She returned to Livermore Valley Opera, singing the role of Zulma in L’Italiana in Algeri, and performed Renu in Jack Perla’s River of Light with Festival Opera. The season also saw Molly’s return to Ars Minerva, portraying Cillene in the modern world premiere of Pallavicino’s opera Le Amazzoni nelle Isole Fortunate. Of that performance, the San Francisco Classical Voice claimed, “Molly Mahoney was very funny as madwoman Cillene and her strong, ice-tone voice served her well.” The mezzo made her company debut the previous year in another modern world premiere as Arsinoë in La Cleopatra by Castrovillari.

During the 2014-15 season, Molly returned for her third appearance as a soloist with the North State Symphony, reprised her portrayal of the title role in La tragédie de Carmen, returned to West Bay Opera as Siébel in Faust, and sang the role of Soprano II in Philip Glass's Hydrogen Jukebox with West Edge Opera, where her voice was described as having “sheer beauty and

eloquence” by the San Francisco Chronicle.

Previous seasons include performances as Zweite Dame in Die Zauberflöte, Gianetta in L’elisir d’amore, Zerlina in Don Giovanni, and Tolomeo in Giulio Cesare, in addition to concert performances as alto soloist for the Mozart Mass in C Minor and Handel’s Messiah.

An experienced interpreter of the operettas of Gilbert and Sullivan, Molly has portrayed the roles of Melissa in Princess Ida and Pitti-Sing in The Mikado with Lamplighters Musical Theater, in addition to the title role in Iolanthe in a recorded performance named one of the Top 12 Must Have Opera CD Releases of 2014 by Opera News. The glowing review highlighted the “simplicity and eloquence” of Molly’s performance as the beloved exiled fairy. Her musical theater credits include Adelaide in Guys and Dolls, Anne Collier in 1940s Radio Hour, Hodel in Fiddler on the Roof and Maisie in The Boyfriend.

Molly champions the Great American Songbook, singing with Big Bands since the age of ten. She has appeared in concert with Vinnie Falcone, musical director and accompanist for the late Frank Sinatra, and she has toured nationally as a jazz singer. Her soulful, honest portrayals of familiar favorites and rare gems from this musical era can be heard on her debut album, Two for the Road.

A native of Minneapolis, Molly currently resides in San Francisco. She holds a Master of Music degree in Vocal Performance from the San Francisco Conservatory of Music 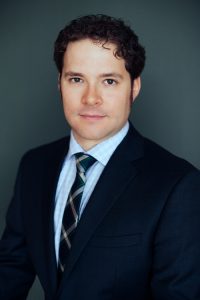 Praised for “a beautifully produced, even voice whose palpable sincerity and flawless legato seemed ideally suited to Mozart,” he has performed most of the major roles in the Mozart tenor repertoire, including Belmonte in Die Entführung aus dem Serail, Tamino in Die Zauberflöte, Ferrando in Così fan tutte, and Don Ottavio in Don Giovanni, and the title role in La clemenza di Tito.

With an extensive repertoire that spans from the Baroque to the 21st Century, Mr. Desnoyers has sung a number of world premieres, including the modern world premiere of Daniele da Castrovillari’s 1662 opera La Cleopatra. In 2014, he created the role of Marcus in Giancarlo Aquilanti’s The Oxford Companions. Other favorite roles include Albert in Albert Herring, Nemorino in L’elisir d’amore, Rodolfo in La Bohème, Ramiro in La Cenerentola, Almaviva in Il barbiere di Siviglia, Frederic in The Pirates of Penzance, Marco in The Gondoliers, Sextus in Giulio Cesare, Paolino in Il matrimonio segreto, Gennaro in Lucrezia Borgia, and Eisenstein and Alfred in Die Fledermaus. He frequently performs as a concert soloist, having sung Mozart’s Requiem, Coronation Mass, and Vespere solennes; Bach’s Johannes-Passion and Matthäus-Passion; Handel’s Messiah, Orff’s Carmina Burana, Rossini’s Petite Messe Solennelle, Saint-Saëns’ Christmas Oratorio, CPE Bach’s Magnificat, and Dvorak’s Mass in D.

Mr. Desnoyers can be heard on the Lamplighters’ CD recordings, singing the roles of Cyril in Princess Ida, Ernest in The Grand Duke, and of Lord Tolloller in Iolanthe, where he was praised by Opera News for his “crystal clear timbre.” Mr. Desnoyers was a member of Chautauqua Opera Young Artist program where he performed the role of Monostatos (Die Zauberflöte 2011) and covered the role of Spoletta (Tosca 2009). He has performed with many Bay Area vocal ensembles, including the San Francisco Symphony Chorus, American Bach Soloists, Capella SF, and Gaude. 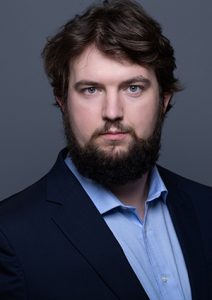 Recognized for his “sonorous tone” (SF Classical Voice), and his “commanding stage presence” (SF Gate), Benjamin Brady has quickly distinguished himself as a bass-baritone of prominent importance. He was last seen performing the role of Banco in Verdi’s Macbeth with West Bay Opera. Other performances with West Bay Opera have included Zaccaria in Verdi’s Nabucco and Rocco in Beethoven’s Fidelio. Recent performances include Dottore Malatesta in Donizetti’s Don Pasquale at the Mendocino Music Festival, and the Page in Donizetti’s Roberto Devereux with the San Francisco Opera.

​In 2018 Mr. Brady was awarded the Audience Favorite and First Place awards in the Tier II Category of the James Toland Vocal Arts competition in Oakland, CA. Later that year he was selected to advance to Regionals in the San Francisco District of the Metropolitan Opera National Council Awards. In 2020 he was selected to be a semifinalist for the Metropolitan Opera National Council Awards.

​This summer he had the honor of participating in the Merola Young Artist Program at San Francisco Opera, and has been invited to participate in the program again in 2021.

​Originally from Denver, Colorado, he received his BM in Vocal Performance at the University of Michigan.