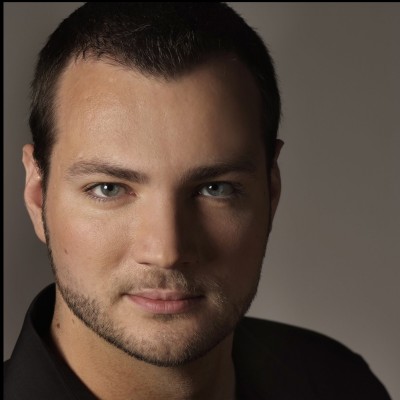 Bass-Baritone Ryan Kuster has gained vast attention on the west coast for his accolades in San Francisco, where he recently completed a two year residency and over 80 performances in the prestigious Adler Fellowship Program of San Francisco Opera. His performance as Escamillo in their production of Carmen was called “pure bravado.” The Classical Voice said of his performance as Masetto in Don Giovanni, “Handsome Ryan Kuster sang beautifully, and acted so convincingly that it was hard to believe he’s an Adler Fellow.”

In 2012, Kuster made his symphonic debut with the Los Angeles Philharmonic singing the role of Masetto in their highly acclaimed production of Don Giovanni, directed by Christopher Alden, with costumes by Rodarte, and led by Mo. Dudamel.  In addition, he returned to Wolf Trap Opera to debut the title role of Don Giovanni and made his National Symphony debut performing Beethoven’s Ninth Symphony. Up next, Ryan will sing Angelotti in Tosca with Madison Opera, Colline in La Boheme with Arizona Opera, and Escamillo in Carmen with both Opera Colorado (company debut) and Virginia Opera.

View all posts by: Kristen Staggs