Seaton was one of four finalists for the position who were guest conductors during the 2014–2015 North State Symphony season. He will replace Kyle Wiley Pickett, who completed a 14-year tenure as music director with a final performance in May 2014.

Seaton recently completed his third season as music director of the Minot Symphony Orchestra in North Dakota, where he conducted classical, family, education, and pops concerts and worked with internationally-acclaimed guest artists. He has also served as assistant conductor of Festival Opera in Walnut Creek, Calif., and has held posts with the Kent State University Orchestra, the Lakeland Civic Orchestra, and the Nashville Youth Symphony, as well as other orchestral groups.

Seaton won the 2011 Interaktion conductor competition in Berlin and was a semi-finalist in the 2012 Sir Georg Solti International Conducting Competition in Frankfurt, Germany.

”I'm delighted that our thorough, year-long search process has identified our new music director, Scott Seaton, who appears to be such a wonderful fit for us,” said Gene Nichols, chair of the North State Symphony Board of Directors.

"I'm thrilled to be joining the North State Symphony and to be leading this outstanding organization into a grand new chapter,” said Seaton. “From our first rehearsal in February, I felt a fantastic chemistry with the musicians that only became more intense as we performed the concert set in Chico and Redding.  Their passion and desire for excellence is inspiring.  This is a true regional orchestra in every sense and I'm very excited to begin working with the orchestra and staff and look forward to joining this wonderful community." 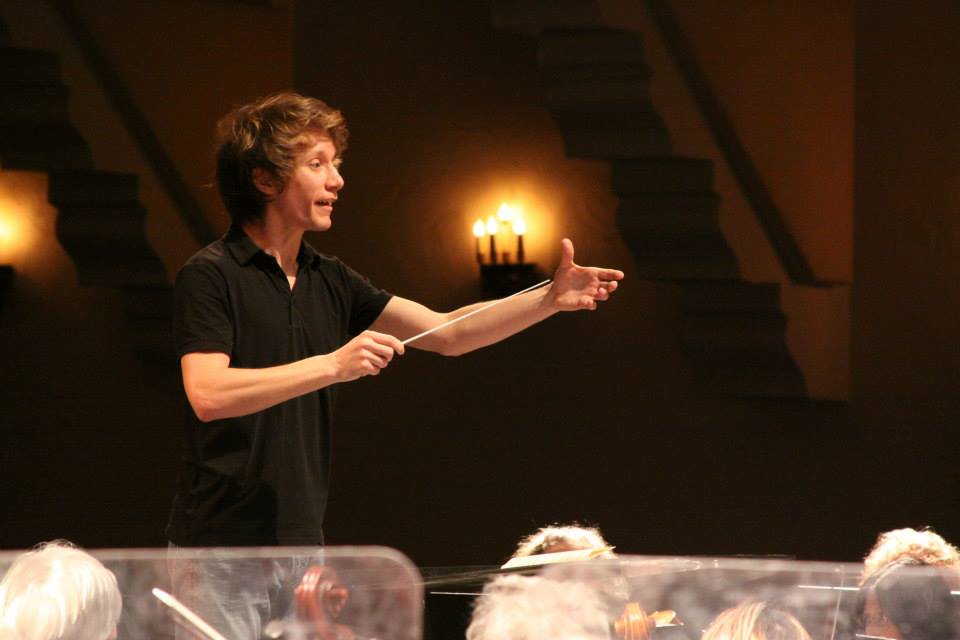 Created in 2001 from the merger of the Chico and Redding Symphonies, the North State Symphony functions as a program within the College of Humanities and Fine Arts at California State University, Chico. The roots of the symphony go back to 1905, when the first orchestra formed at what was then the Chico State Normal School.

The North State Symphony performs concerts in the Cascade Theatre in Redding and Laxson Auditorium on the CSU, Chico campus. The musicians of the orchestra include professionals from a wide geographic area and community members as well as students and faculty members of CSU, Chico.

Alexander said the committee received valuable input from musicians and audiences in Chico and Redding during the past concert season to help make the selection of Seaton.

"For the past symphony season we have had the pleasure of witnessing four truly talented candidates during our search for a conductor,” said Richard Macias, president, North State Symphony Southern Region. “Making a final choice was difficult. I am pleased to welcome Scott Seaton as our new music director and look forward to working with him as we continue to bring high quality classical music to the North State."

"I have been very impressed by the manner in which the search was conducted, with all constituencies represented on the Search Committee and ample opportunity for audiences in both cities to weigh in,” said Sharon Rogers, president, North State Symphony Northern Region. “It was done thoughtfully and thoroughly and I do believe that they arrived at the very best decision.  I look forward to the years ahead under the leadership of this fine musician and director."

The North State Symphony’s new season begins on Sept. 26 in Redding with a concert repeated the following day in Chico, and continues through the winter and spring of 2016.  The full schedule is available at www.northstatesymphony.org. Season tickets are currently on sale in Chico at the University Box office, 898-6333, and in Redding at the Cascade theatre, 243-8877.

View all posts by: Elizabeth Quivey