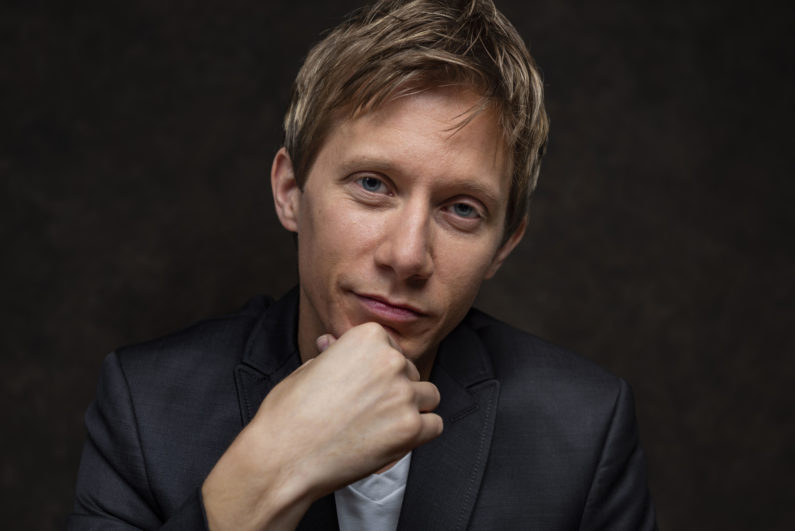 American conductor Scott Seaton has been praised for possessing “finesse, clarity, and precision” by the Luxembourg Times and has left audiences “breathless” according to Entertainment News Northwest.  He is in his fifth season as Music Director of the North State Symphony in Northern California where he has garnered acclaim for his dynamic performances, innovative programming, and community and youth outreach.  From 2012-2015, he led the Minot Symphony Orchestra to new artistic heights and forged exciting collaborations on the local and state levels.  Seaton is also the Principal Conductor of the Veridian Symphony Orchestra.  As an artistic leader, he has collaborated with such artists as Project Trio, Alessio Bax, Gabriela Martinez, Charlie Albright, and Sara Davis Buechner.

Equally at home with the operatic repertoire, Seaton regularly collaborates with the Bel Canto Singers bringing semi-staged productions to Redding, California.  He has served as Assistant Conductor of Festival Opera (Walnut Creek, California) where he worked on several productions from Puccini’s Turandot to Britten’s A Midsummer Night’s Dream with conductor Michael Morgan.

An enthusiastic advocate of contemporary music, Seaton has conducted numerous premieres in the past several years.  He has curated programs and championed music by living composers such as Libby Larsen, Mason Bates, Adam Schoenberg, David Hertzberg, Pierre Jalbert, and Maria Grenfell, to name a few.  In 2007, he gave his Jordan Hall debut at the New England Conservatory with the New England Collective Chamber Orchestra performing works by emerging talents in the Boston area. Additionally, he appeared on New Music for the Sonically Curious, a series of performances in Boston devoted to works of composers in the New England area.  He has worked with the New York City-based Mimesis, an ensemble dedicated to the music of living composers.  He has also recorded several works with FiveOne in Cleveland.

An avid cyclist and runner, Seaton recently did a solo coast-to-coast cycling expedition from Oregon to Massachusetts.  As a marathoner, he has run races in Los Angeles, Calgary, Vancouver, Salt Lake City, Minneapolis, and Fargo, to name a few.  He qualified for and ran in the 2018 Boston Marathon.  He currently resides in Monterey, California with his wife, Julia, where they enjoy long walks on the beach and feeding neighborhood cats.  They also enjoy traveling the world in search of the perfect cappuccino.

Visit him online at www.scott-seaton.com.